Sino-Euro Materials Technologies (Sino-Euro) located in Xi'an, Shaanxi Province, China, a producer of spherical metal powders including titanium alloys, superalloys, cobalt-chromium alloys and stainless steel, has announced it has been awarded AS9100C certification. AS9100 is a widely adopted and standardized quality management system for the aerospace industry.

Sino-Euro was founded in 2013 by Northwest Institute for Non-ferrous Metal Research and the company states that it plans to complete a medical system audit later this year in order to obtain ISO 13485 certification.

The company uses the Plasma Rotating Electrode Process (PREP) for metal powder manufacturing. In order to obtain the finer powders (<45 μm) necessary for some applications, engineers at Sino-Euro have improved the rotating mechanism to raise the speed from 15000 rpm to 33000 rpm. The Super-Speed PREP (SS-PREP®) method has been used to produce Ti-64 and In718 powders, with the percentage of <45 μm powders above 20% and 50% respectively.

Sino-Euro has two production lines for powder manufacture and has the capacity to produce 500 tonnes of spherical metal powders annually. 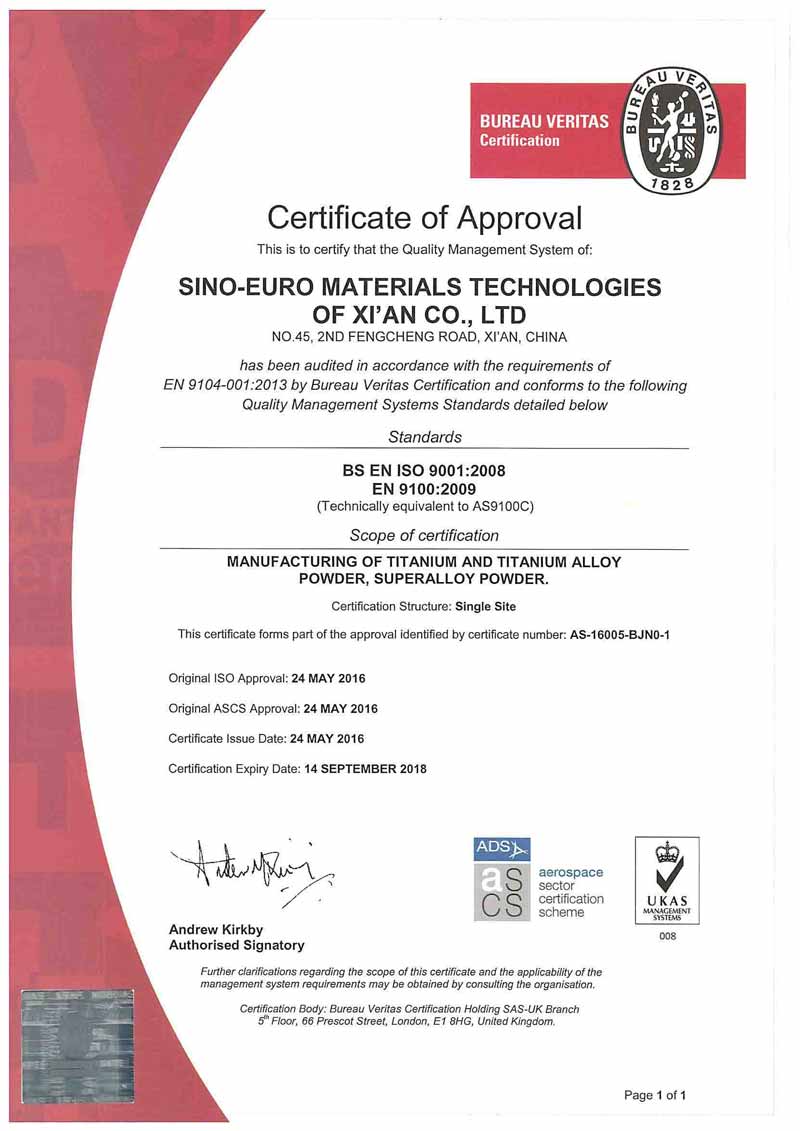